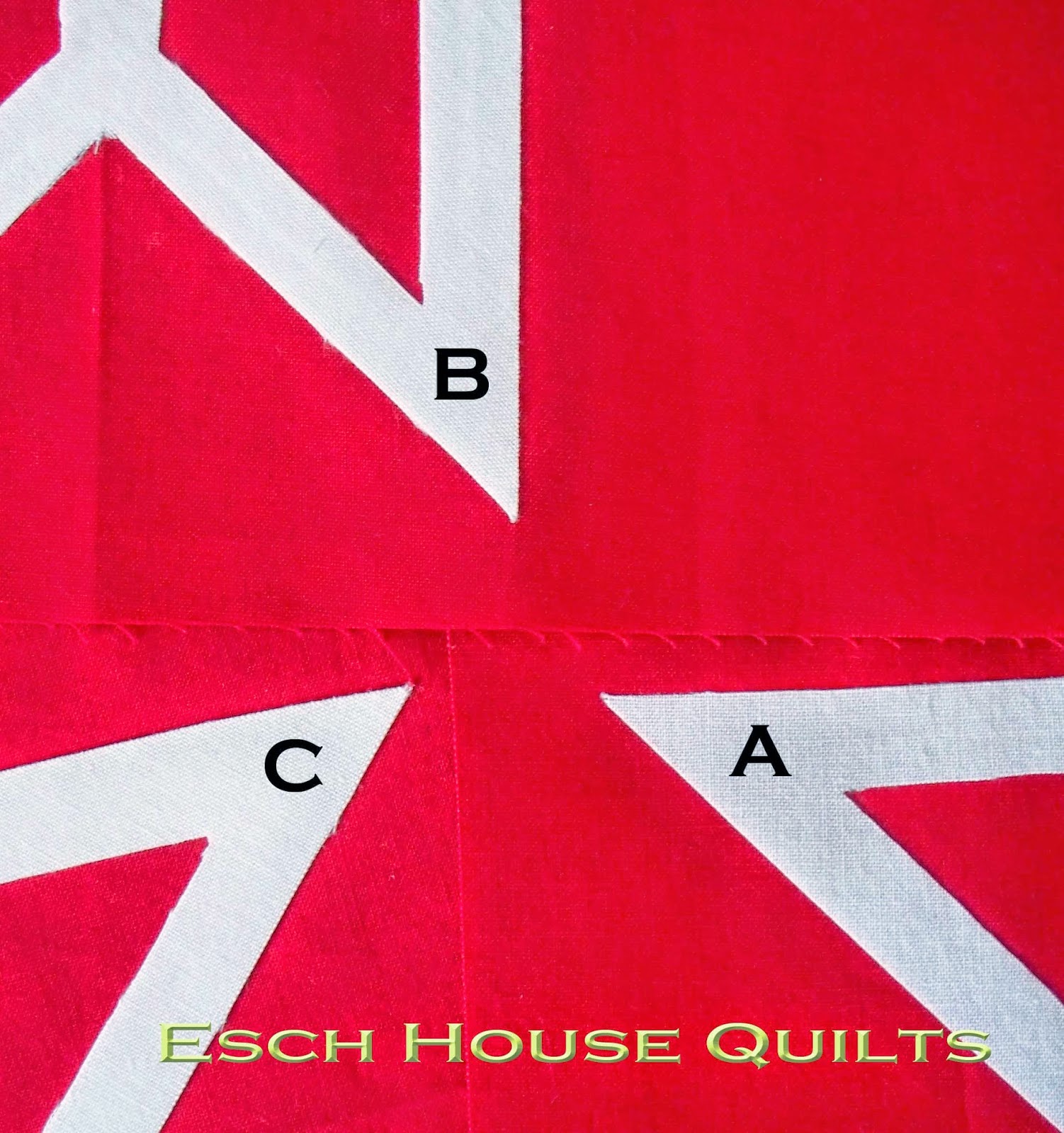 Posted at 18:31h in Uncategorized by Debbie Grifka 3 Comments
Share

One of the issues that always causes a bit of trouble in appliqué is when light fabrics are placed over dark ones and the dark shows through making the lighter fabric look dull.  My usual solution to this problem is to cut out a white or light “lining” piece that is just a bit smaller than the appliqué shape and slip it between the background and the appliqué piece. 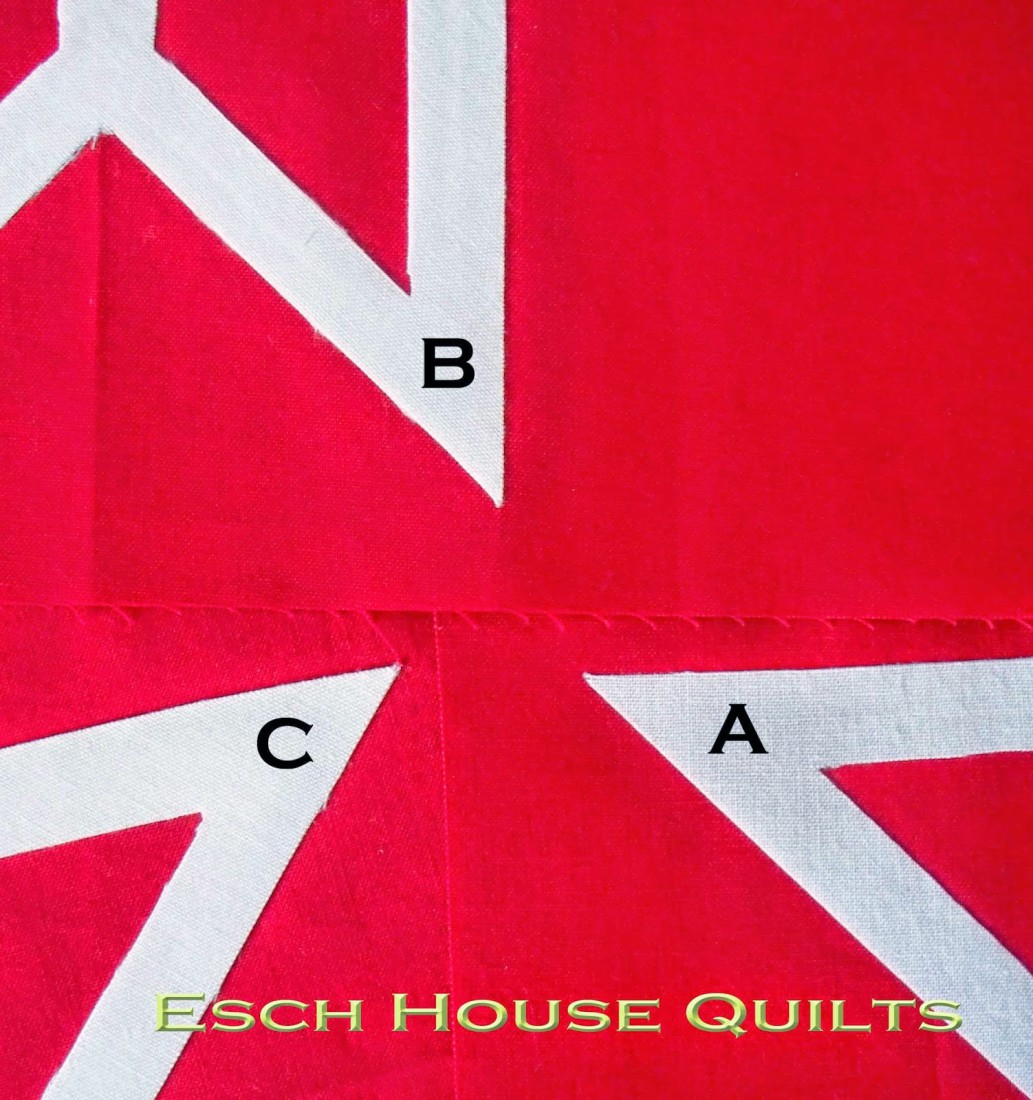 However, this doesn’t work as well when you are doing fusible appliqué.  I’m working on a project now where I want to appliqué white strips over dark red fabric (Kona Rich Red).  So I decided to do some testing.  I prepared three blocks using three different methods.  For Block A, I didn’t do anything special – just fused the white on top of the red using my usual fusible product (Heat N Bond Lite).  For Block B, I used a different fusible web (the kind without paper attached – Pellon Wonder Web 807 in this case) to fuse my Kona White to some bleached muslin and treated it as one piece of fabric. Then I used the Heat N Bond Lite to fuse the appliqué to the background.  For Block C, I used the same procedure, but used a second piece of Kona White in place of the muslin.

The results!  I was quite pleased with how Block A turned out.  One of the things I like about Kona solids is the weight of them and I think this helped reduce the show through.  However, placing the blocks side by side, it was clear that B was a brighter white than A and C was brighter yet than B.  I’ve included a picture here, but it is very difficult to see these subtle differences.  (C even looks a bit yellower in this shot, I think, but it isn’t.  Photography is not my strong suit!)

While Block C was the whitest, I decided that the double layer of Kona made the appliqué piece a little stiff.  I’ll be using the bleached muslin method from Block B to make my quilt.

It was a lot of fun to take the time to do this test.  Do you ever test things before you make a quilt?  If so, share what you’ve done in the comments!